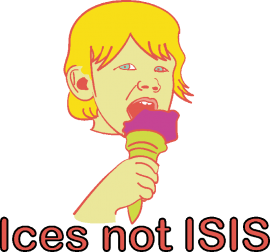 The Government does a pretty good job of protecting us from terrorism.  For example here is a story of terrorists getting caught in Honduras.

These cops in Honduras probably prevented a huge catastrophe.  You won’t hear a a ton about this story though.

People are way more vocal when the government fails to protect us.

No government can’t prevent every single attack.  It’s not possible.  We can’t keep drugs out of prisons.

Why do you think we can keep humans out of a country.  It’s not always possible.  That doesn’t mean that the government “failed us.”

When an attack occurs, that doesn’t necessarily mean that it was “a false flag” attack.  There are good people in government.

There are good cops.  It is possible for tragedies to happen but where are the voices when tragedies are prevented?

Terrorist attacks are prevented all of the time.  It rarely makes big headlines.

Bad guys win sometimes.  That doesn’t mean that the government failed you.

Cops and soldiers are human beings.  Maybe you should thank them sometimes!

Take the thank a cop challenge.

However, I do believe that they are mostly good.