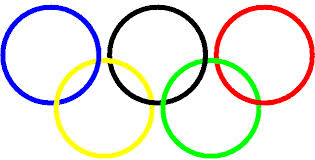 Am I the only person that thinks The Olympics are stupid?  I know that many people love The Olympics.  I appreciate the hard work of the athletes.  However, it just seems silly to me that people root for countries and teams.

Rooting for teams is stupid!

It’s not even the The Olympics.  I kinda think that watching sports are stupid 98% of the time.   Playing particular sports can be a great mental & physical challenge.  I can appreciate that.  Also, if you are an ex-athlete that observes and reminisces…… that’s cool.

You are basically only rooting for a team because your caregivers raised you in that city.  As a result, you have an emotional attachment to your city.

I don’t give a shxt how many points a country scores.  I care about cooperation…. not competition.  Here is what I propose…..  MARRIAGE!!!  Just kidding

Here is what I propose.  Let’s have The Olympics of curing diseases.  Instead of athletes…. let’s replace them with scientists from every country.

Each team is then given the challenge of providing a solution for a global issue that is challenging for societies.  For example….. what if Russia and the US were competing for the cure to AIDS.  They may be.  I don’t know

In this way, competition becomes cooperation.  That’s because everyone benefits no matter what county “wins.”  We have an opportunity to redefine what winning means.  By the way, Egypt may have won this week.  Supposedly, they have discovered the cure for aids.  Many doubt this.  I just want to see it put to the test.  ♥  Will they get the gold? ♥

Listen to my Podcasts on this & other topics!
Follow https://twitter.com/ParksAreZoos