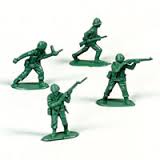 There are multiple reasons that countries go to war.  So, my title is a little misleading.  I will only discuss 2 of the major reasons that makes it easier for countries to gain support for a war.   These 2 reasons have never been discussed anywhere else to the best of my knowledge.

One of the reasons is that we call countries by their name.  Allow me to explain.  Often times, reporters will write something like “Russia is stepping up” or “Iran is developing small nuclear weapons” or “The US condemns China” etc……

How often have you seen a headline like that?  Currently, we see them all the time.  They don’t seem harmful or misleading  but they are.  Headlines like those literally make no sense.

That’s because countries are not living things.  Human beings make decisions.  Countries do not make choices.  Countries are LAND MASSES.  THE US CAN’T CONDEMN CHINA!!  Literally speaking, it’s not possible!!  Only the humans behind a country can condemn anybody.

How can that be one of the leading causes of war?  Keep reading.  I will show that naming countries instead of humans is an easy way to gain support a war.

Before almost every battle, politicians will say things like: “we tried everything” or “talks broke down.”  When those talks “break down”, it’s easier to blame a country than a human.  Putting human faces to it leads to many questions.

This tactic is being used less and less  but it is still in use today.  Here are the 2 unspoken reasons why countries gain support for wars and my alternative idea.

REASON #2  We accept that talks can “break down.”  We also accept the notion that they “tried everything” & “diplomacy didn’t work.”

My alternative idea is that PRESIDENTS SHOULD BE LEGALLY MANDATED TO HAVE A REALITY SHOW before they can legally declare war!!

Here’s how it would work!

When 2 presidents want to go to war, they must live in a house together for 3 months.

Why is this important?  It’s important because I want to witness talks “break down” over dirty dishes or something simple.

I want to be a mediator on that reality show.  I bet you that I can assist in dissolving household and international wars.  The principle is the same, the only difference is that the stakes are higher.

The point is that war is a choice!!  Don’t believe people when they tell you that war is a necessary evil.  That simply represents their schema about the tactic of war.  War is not necessary.  Large scale wars did not always exist.

Going to war is against our truest essence.  It is not in our nature.  It has been shown that we go to war for 3 reasons:

2. A loved one  is threatened

3.  Our way of life is threatened.

The main point of all of this is simple.  Stop telling me that “talks broke down” between 2 land masses.  Stop it.  Enough of that.  I know that the US can’t condemn China.  What they hell does that even mean?

Even more importantly, we need to stop having closed meetings.  Closed door meetings should be illegal.  Whistleblowers would not exist if there was total transparency.

Total transparency is exactly what we’ll have when Jesse Ventura is president.

It is wrong to send someone to war as a result of “talks breaking down” at a closed door meeting.  Any meeting that can result in war should be public.  It should be live for the world to observe.

To listen to my podcast…… please go to my iTunes

Or, by all means…. you may avail yourself to my crispy Facebook page.