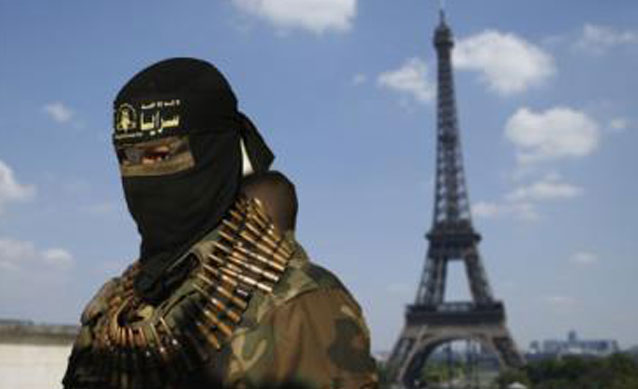 A record number of people moved to Israel last year.  In large part, this is because of rising anti semitism around many parts of the world.  This is especially true in France which has a large Muslim population.

Before I get started, shout out to the peaceful muslims.  We need to work together towards the common goal of a new mass revelation.  Don’t you want that?

With that being said, I want to point something out about anti semitism that is often misunderstood.  Many people don’t realize how much anti semitism there is currently.

Many are aware of anti zionism.  Many people are quick to point out that much of what we see isn’t anti jewish….it’s anti zionist.

This is not true and I can prove it.  Well, it depends what you consider “proof.”

Recently, I watched a video where a man walked around “Palestine” and asked people if they would be ok with having a Jewish neighbor.

This was an unedited video.  I can send you a link if you leave a comment.

Anyway, here is the point.  Most people were not ok with having a Jewish neighbor.  It goes further.  He asked them if it would be ok if the neighbor wasn’t Israeli.  He used Canada as an example.

Most of the Palestinians were still not comfortable with this.  Think about this.

Without even knowing if they were Zionist or not, many were still not ok with this.

The Jews that are being attacked in France are nowhere near Israel.  Sure, they could be pro Zionist but what if they aren’t?

The gunmen don’t care.  They will kill Jews wherever they are and regardless of there political beliefs.

It should be noted that they will also kill Christians, other Muslims, Druz and many other sects.  However, they have a special hatred for “the people of the book.”

Much of this has to do with how The Torah is taught to them.  It’s interesting that Jews, Christians & Muslims all believe in the Old Testament.

A big difference however is that many Muslims are taught that The Torah has been corrupted.  This is one of the reasons that there is so much emphasis on The Koran.

I have seen many interviews with “radical muslims” about their hatred of Jews.  The first thing they talk about it always Zionism and occupied land.

So, why are jews being attacked all across the world?  Why do jews get attacked that are thousands of miles away from Israel?

When they are attacked, do you think the attackers care if the victims are for or against Israel?

All they know is that their victims were Jews.  They will carry out attacks against jews in NY, Canada, Africa, France etc……..

I concede that Jewish people could have made different choices when they founded Israel in 1948.  However, don’t confuse Jews with Judaism.

Jews are not Judaism.  There are many imperfect Jews.  However, Judaism itself is misunderstood.  If you really want to understand what Judaism is, than I recommend the book: “To Be A Jew.”

Back to my point.  Attacks against jews have been going on for thousands of years.  This annihilates the point that attacks on jews would end if we had a two state solution.

I will conclude with a list of attacks on Jewish People throughout history.  At the end of this, ask yourself:  “Is this really about Palestine?”

300 A.D.
Purim festival celebrating God’s deliverance to Mordecai and the Jews through Esther and the fasting. Lies spread that Jews kill Christians for sacrifice. Emperor Severus also said the Jews purchased 90,000 Christians to kill them.

325 A.D.
Constantine changed the celebration of Easter on the calendar so that it did not coincide with the Jewish Passover.

379 A.D.
Vicious writing by St. John Chrysostom and St. Ambrose in Milan who said: “The Jews are the most worthless of all men. They are lecherous, greedy, rapacious. They are perfidious murderers of Christ. They worship the Devil. Their religion is a sickness. The Jews are the odious assassins of Christ and for killing God there is no expiation possible, no indulgence or pardon. Christians may never cease vengeance, and the Jew must live in servitude forever. God always hated the Jews. It is essential that all Christians hate them.” He was called the Bishop with the Golden Tongue. St. Ambrose, Bishop of the Church offered to burn the synagogue himself.

395 A.D.
St. Gregory of Nyssa in sermons and writings characterized Jews as assassins of the Prophets, companions of the Devil, a race of vipers, a Sanhedrin of Demons, enemies of all that is beautiful, hogs and goats in their lewd grossness.

415 A.D.
Bishop Severus BURNED THE SYNAGOGUE IN THE VILLAGE OF MAGONA. BISHOP OF
ALEXANDRIA, ST. CYRIL EXPELLED JEWS FROM ALEXANDRIA AND GAVE THE MOB JEWISH PROPERTY.
ACCUSATION of Ritual murder by the Jews during Purim. Christians confiscated synagogues in ANTIOCH.
These were not hooligans but Church Fathers!
AUGUSTINE, JEROME, AMBROSE AND LESSER SAINTS AS ST. CHRYSOSTROM AND CYRIL, added to untruths the new ones that Jews were dishonest and prone to sexual perversions.

1012 A.D.
Emperor Henry II of Germany expels Jews from Mainz, the beginning of persecutions against Jews in Germany.

1096 A.D.
First Crusade. Crusaders massacre the Jews of the Rhineland.

1144 A.D.
First recorded blood libel. In Norwich it was alleged that the Jews had “bought a Christian child before Easter, tortured him with all the tortures wherewith our Lord was tortured and on Friday hanged him on a rood in hatred of our Lord.” (England)
This notorious allegation that Jews murder non-Jews, especially Christians, in order to obtain blood for the Passover or other rituals is a complex of deliberate lies, trumped up accusations, and popular beliefs about the murder-lust of the Jews and their blood-thirstiness, based on the conception that Jews hate Christianity and mankind in general. It is combined with the delusion that Jews are in some way not human and must have recourse to special remedies and subterfuges in order to appear at least outwardly, like other men. The blood libel led to trials and massacres of Jews. Its origin is rooted in ancient almost primordial, concepts concerning the potency and energies of blood. It is one of the most terrible expressions of human cruelty and credulity. These blood rituals are expressly forbidden in Judaism. (See Leviticus 17;11 etc.)

1348 A.D.
JEWS blamed for the BLACK DEATH. Charge laid to the Jews that they POISONED the wells to kill CHRISTIANS.

1421 A.D.
270 JEWS BURNED AT THE STAKE. In the 14th and 15th centuries the Inquisition was more intense because the Church and State joined forces. Just being Jewish guaranteed persecution

1480 A.D.
Inquisition in Spain – Jews and Christians burned at the stake.

1506 A.D.
Murders in Lisbon – 4000, “conversos”, men, women, and children thrown from windows to street mobs below, due to preaching by Dominicans against the Jews.

1516 A.D.
Venice initiates the ghetto, the first in Christian Europe.

1544 A.D.
The Reformation. At the end of Martin Luther’s life the German reformer vilified the Jews in violent pamphlets which could not fail to exert their influence. But because Calvinists were steeped in Old Testament theology, the Dutch people respected the Jews as “the Chosen” people; and were not anti-Semitic in their faith. The reformation was a time of turmoil as the Roman Church and feudalism lost their supremacy. There was a rising up of Nationhood and Luther was a German nationalist. The Talmud was seized and burned everywhere by Papal authority. Jews in Catholic countries and Polish Jews suffered greatly. Luther’s anti-Semitic writings were later used in anti-Semitic literature.

1553 A.D.
Rome seized and burned the Talmud by order of the POPE.

1593 A.D.
EXPULSIONS from Italy and Bavaria.

1598 A.D.
Ritual murder charge that sent three Jews to their deaths. Execution of the supposed guilty was done by QUARTERING. (In his book the “Birth of the Prison” Michel Foucault describes at length the quartering of a condemned man in 1757. It was done eventually by six horses instead of the four original ones and other means had to come in to play due to the failure even of six horses as the prisoners limbs were tied to ropes harnessed to the horses. Each horse pulled in a different direction. One horse fell to the ground unsuccessfully. Knives had to be used for severing…)

1614 A.D.
JEWS attacked and driven out of Frankfurt, Germany.

1655 A.D.
Massacres of Jews in war against Sweden & Russia by Poland.

1858 A.D.
THE MORTARA CASE: Catholics abduct a 7 yr. old Jewish child. A Catholic servant baptized a Jewish child when the child was seriously ill and the church of Rome seized the child. Outcry had no effect on the POPE.

1881 A.D.
POGROMS BEGAN. The word is of Russian origin. It designates attack, accompanied by destruction, looting of property, murder, rape. There were three major outbreaks in Russia. The word designates more particularly the attacks carried out by the Christian population. Each pogrom surpassed the other in savagery.
KIEV, ODESSA; Here murder of whole families was a common occurrence. Partial data are available for 530 communities in which 887 major pogroms and 349 minor pogroms occurred. There were 60,000 dead and several times that many were wounded.

1894 A.D.
ALFRED DREYFUS TRIAL in France. Details follow further on in this summary.

1903 A.D.
APPEARANCE of a new issue of the PROTOCOLS OF THE ELDERS OF ZION. In Russia.
This spectre of a worldwide Jewish conspiracy aiming at reducing the Gentiles to slavery or extermination loomed up in the medieval Christian imagination and grew out of legends about well poisonings and plague spreading. It was concocted in Paris by an unknown author working for the Russian secret police. It was an alleged conference of the leaders of World Jewry. It was translated into all the world languages. In 1963 a Spanish edition was published. During World War II, the Protocols of the elders of Zion became an implicit justification for the GENOCIDE of the Jews and Nazi propaganda relied on them until the last days of the Third Reich. Smaller pamphlets of it have been distributed in B.C. 1983 published in California… Required reading in most Arab countries, in schools, to this day.

1920 A.D.
Appearance of ADOLPH HITLER. Also Henry Ford the 1st believes the Protocols; and publishes anti-Jewish articles in his newspaper, the Dearborn Independent.

1935 A.D.
Hitler writes his Nuremberg Laws which lead to his Final Solution.

1938 A.D.
Burning in AUSTRIA & GERMANY of Synagogues. Jews sent to concentration camps. Beginnings of the Holocaust.

1941 A.D.
EXPULSION of Jews from the German Reich to Poland. Riots against Jews in Iraq.

1948 A.D.
BIRTH OF THE STATE OF ISRAEL. Also Jewish intellectuals shot in Russia.

1952 A.D.
Jews murdered byCommunists, and others disappear. Prague trials. Murder of Yiddish intellectuals in Russia and many sent to work camps..

1970 A.D.
Beginning of imprisonment in Russia of PRISONERS OF CONSCIENCE. (“Refuseniks”)

1982 A.D.
War in Lebanon begins after many years of terrorist attacks against the Jews in the Upper Galilee area from the vantage point of Beaufort Castle. Many Lebanese killed over long period of time, but was ignored by the News Media. War in Lebanon gets slanted coverage.

1983 A.D.
Word from Christians in Israel that the PLO planned their next battleground to be Canada via Quebec. Documented proof that Russia planned in 1982 to attack Israel.

Unfortunately, new dates need to be added to this list!